Terry Kandylis, head sommelier at London’s 67 Pall Mall, has been awarded the title of 2016 Moët UK Sommelier of the Year. Greece-born Kandylis actually was studying Physics in the University of Athens while working for some of the best restaurants in Greece. To keep on going was certainly the right decision. During the following years he became the winner of different sommelier awards.

His last stop: London’s 67 Pall Mall -A club founded by wine lovers, for wine lovers. The club connects St James’s Street to Trafalgar Square and is a section of the regional A4 road. The street’s name is derived from “pall-mall”, a ball game played there during the 17th century.

The Club itself is not only a melting pot for wine lovers members, more over the 67 Pall Mall Club also hosts masterclass dinners and tastings. The Club welcomes winemakers from iconic frist growth Bordeaux, Grand Cru burgundies or Opus One and Penfolds, hosting verticals of 19 vintages en magnum of Monfortino of Giacomo Contergno, organizing dinners with the Botrytis Forum (members like Egon Muller, Szepsy, Lur Saluces etc.) to pair the wines with savoury courses only.

That sounds expensive. Yes and no. The club currently have over 500 wines by the glass, from the likes of Petrus and La Tache, to Jura and wines from Lebanon. Prices start at £7.00 a glass and £40.00 per bottle.

Let´s talk with Terry about the rich and diverse world of wine. Enjoy. 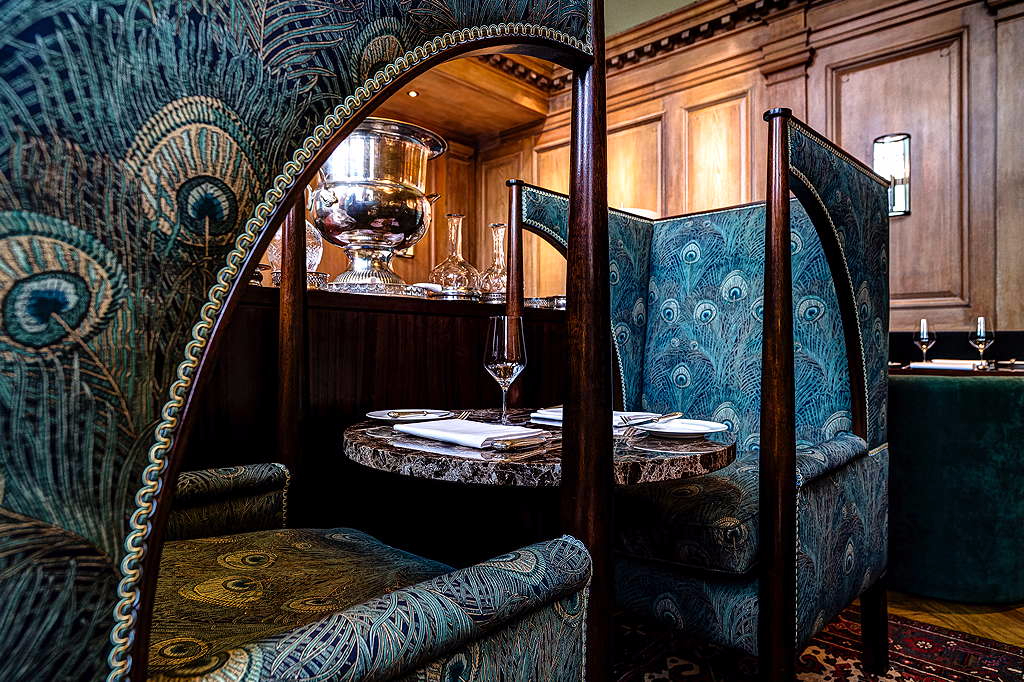 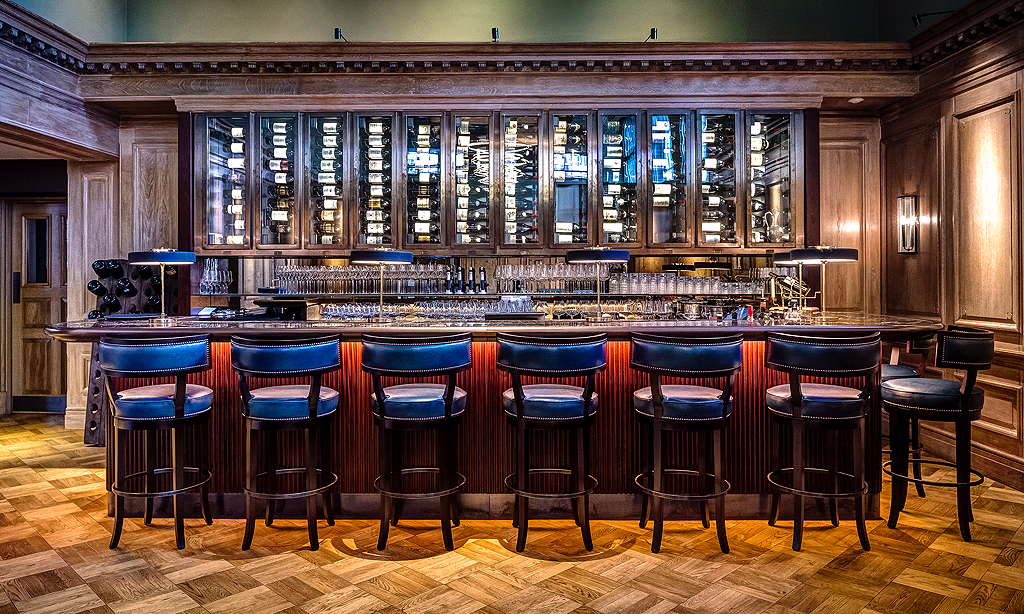 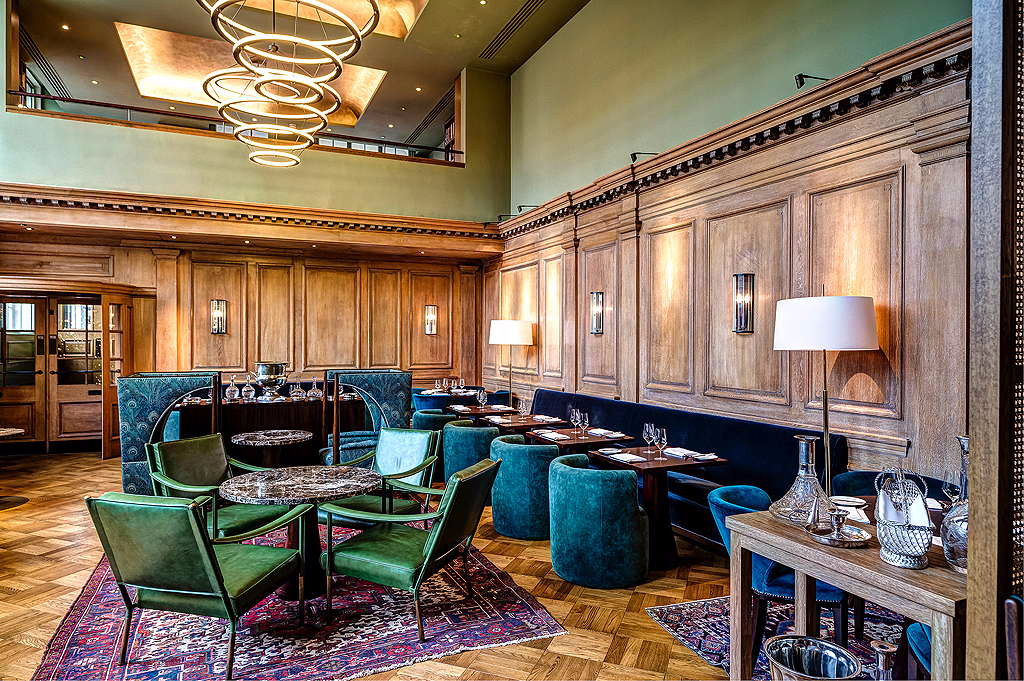 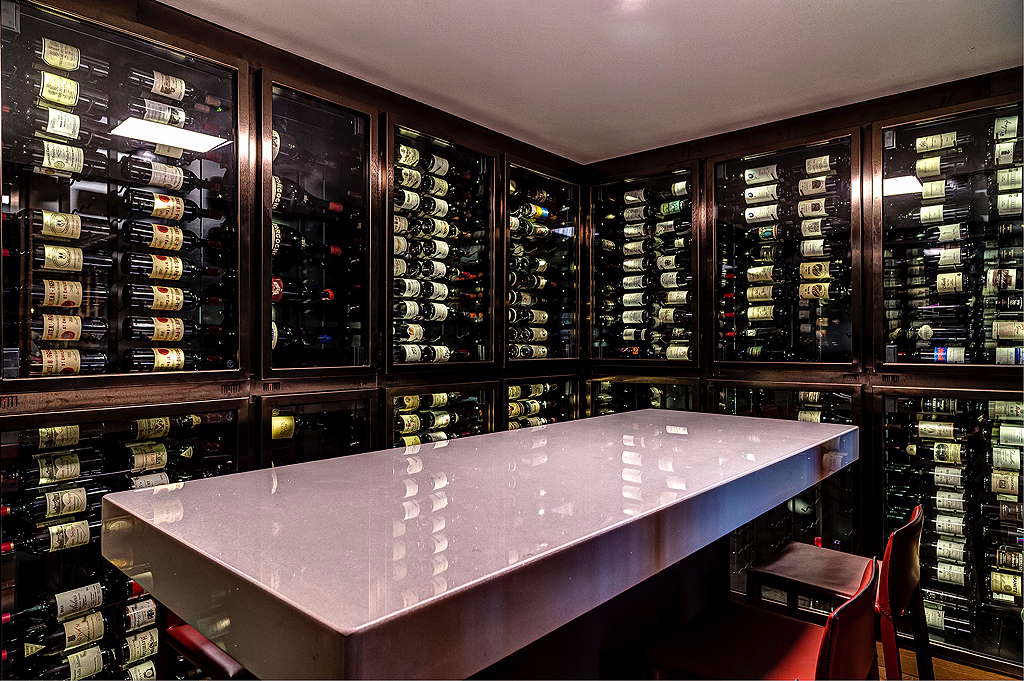 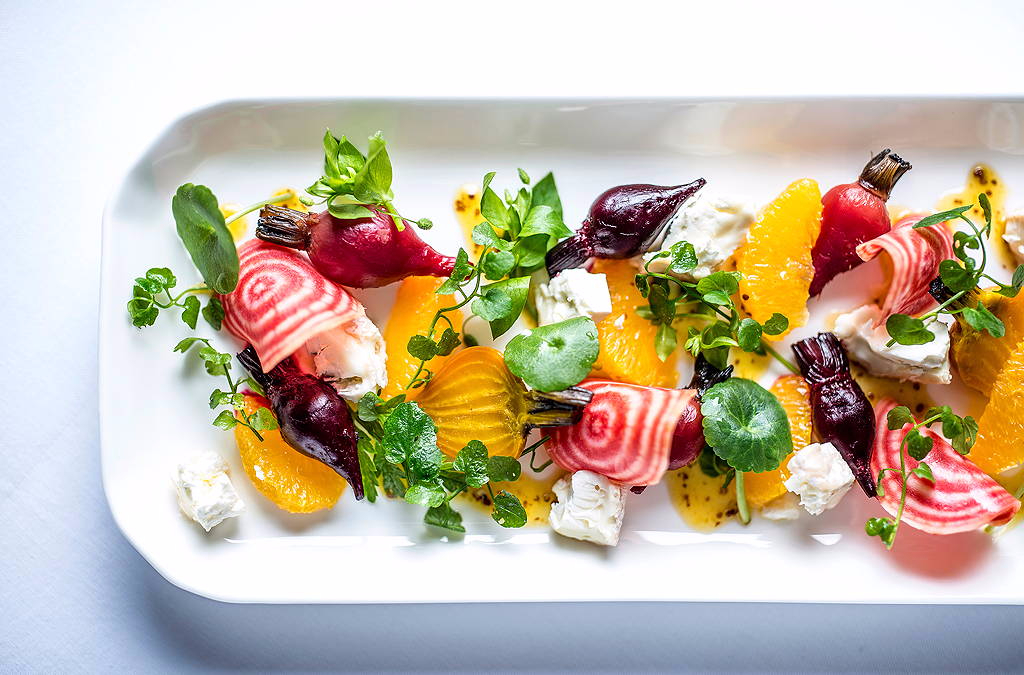 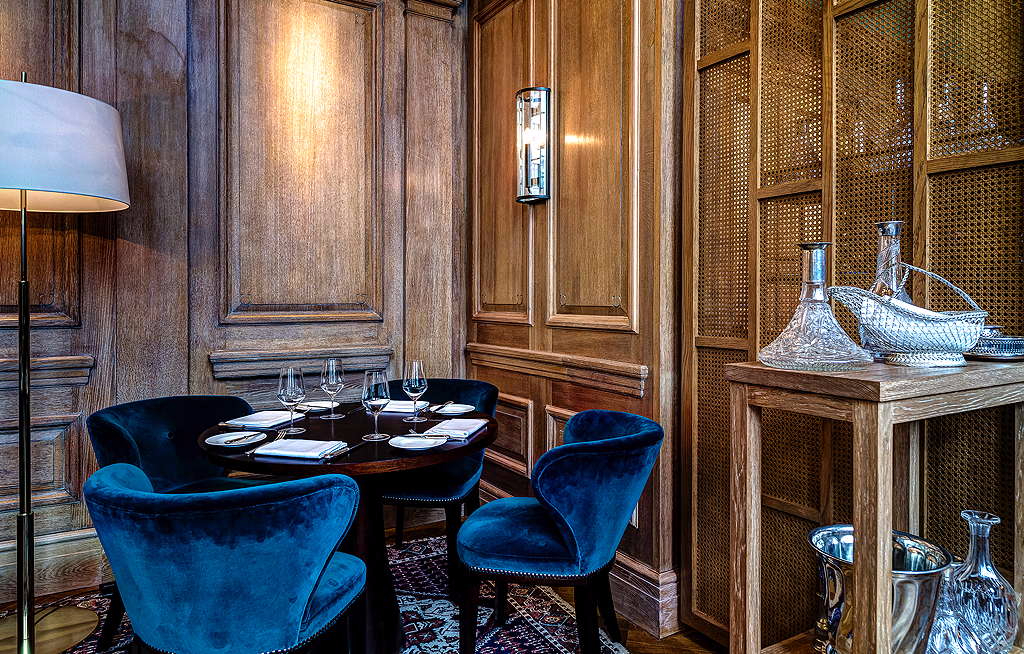 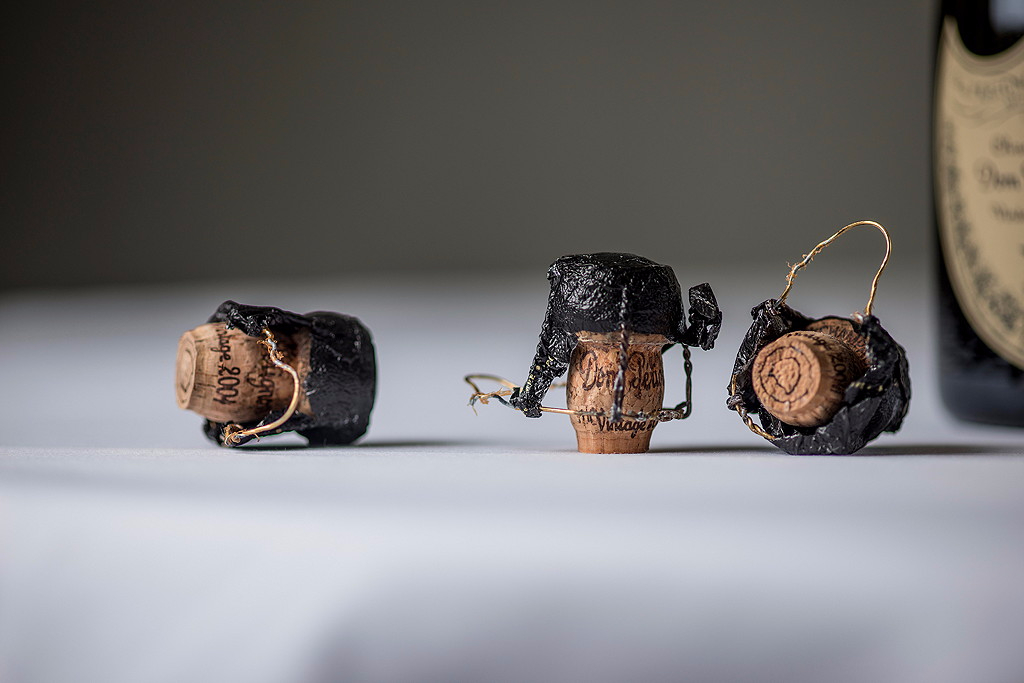 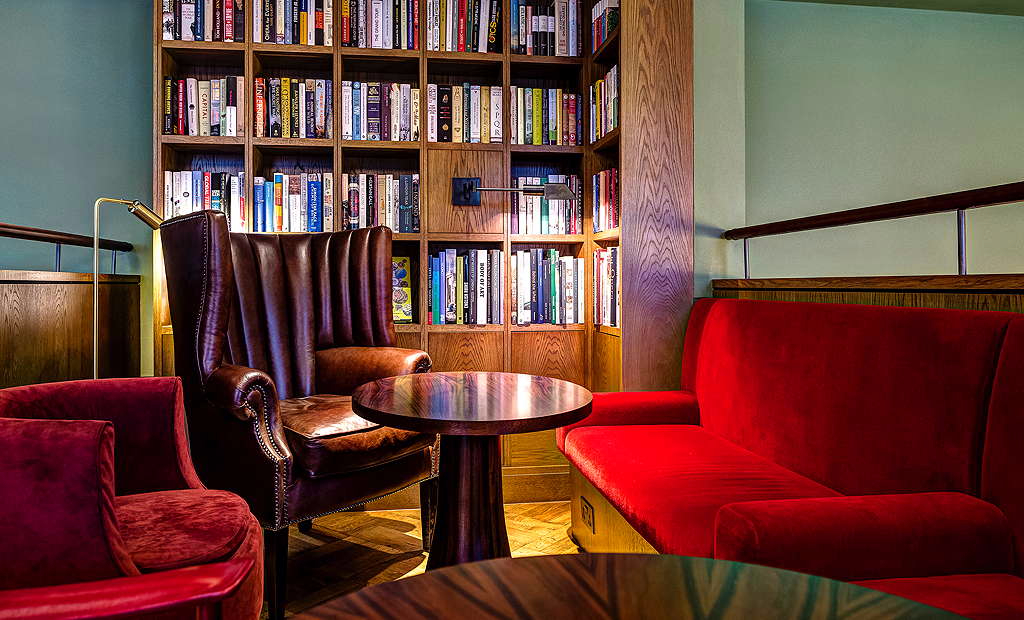 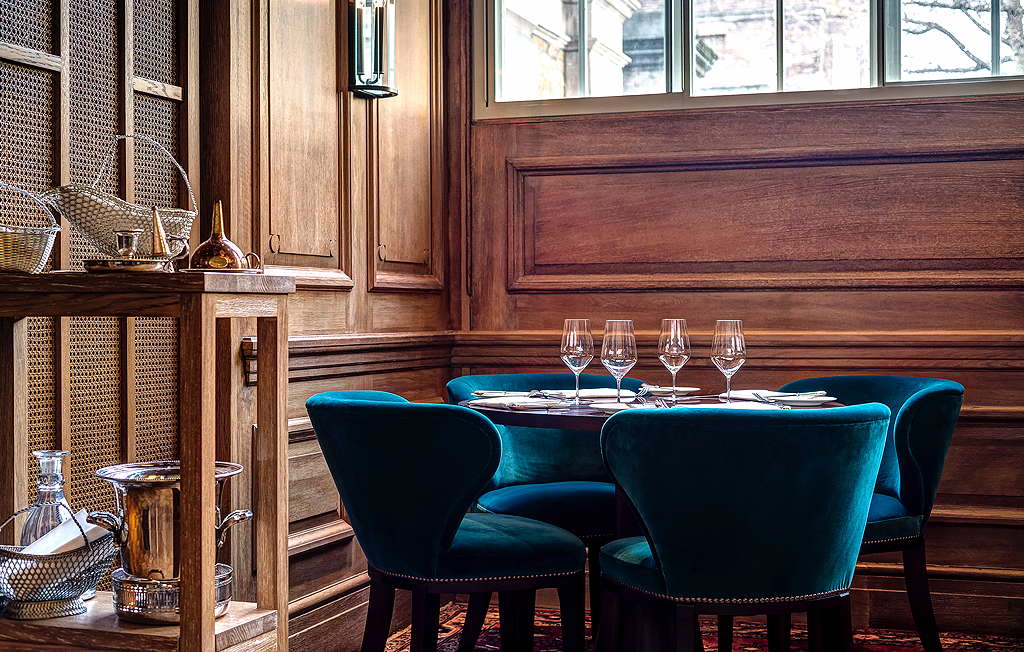 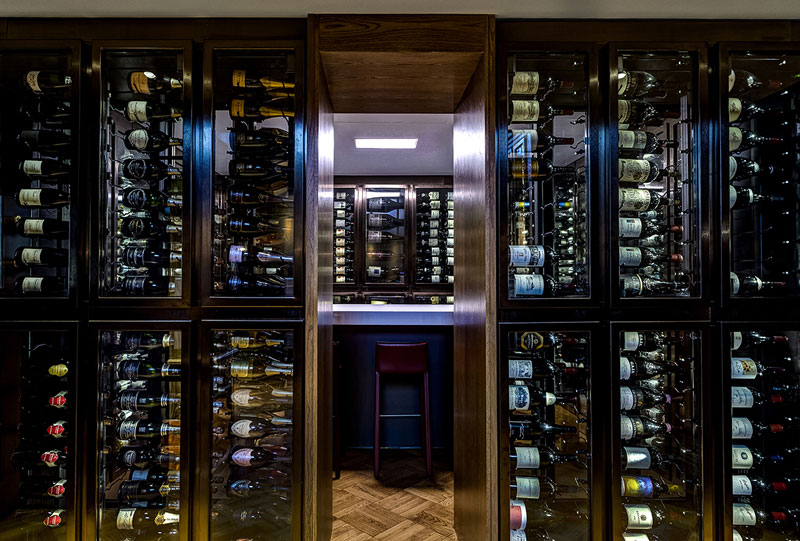 Wine culture is a lifestyle in its own right. It makes our discussions with friends more colourful, adds more ambience to our daily moments and even creates the right ‘fertile’ ground for future business projects.

We can see this happening in the Club every day. Wine bars are opening around every corner in capitals of Europe, attracting people from every social level and all generations, broadening its audience and bringing them together.

Wine creates a social environment in an era where the advances of technology seem to have an ever-increasing impact on our daily lives. Wine is the romantic balance in these modern and hectic lifestyles…

Let´s have a look into the wine list. How many positions does the club offer and which wines?

We have more than 500 wines by the glass by Coravin, and we currently list around 2000 bins, with the target set to reach 5000 bins from all over the world.

Apart from well established brands, do you add as well “avantgarde wines” and/or newcomers into the wine list? Whom?

Yes, the wine world is so broad right now. Burgundy and Bordeaux might still dominate our sales, as London is definitely one of the most traditional markets and Londoners love their classics, but we can see the rise in sales of new areas that can challenge the long standing champions.

It is incredibly exciting to see the developments and changes in S. Africa, Australia and California to name a few. Cult wineries, like Sine Qua Non, Domaine de la Cote from USA, Giaconda or Ten Minutes by Tractor from Australia are stunning wines. Sadie and Mullineux from S.Africa are both ones to watch…

We shouldn’t forget the ‘ancient world’, like my native Hellas, Georgia, Lebanon. The indigenous grapes offer something that the modern wine drinkers are seeking in a constantly globalised world; uniqueness.

I don’t really agree with the term. What is a natural wine? All wines are made naturally as they occur from a natural fermentation. Some wines are made conventionally and are much more manipulated, and there are many wines made in this way.

However, these wines are totally bland, soulless and uninspiring. Moreover, spontaneous fermentation in a filthy environment gives the wine a number of faults, loses the identity of the grape and gives little clue as to where the wine is from. Is this Natural?

I think that the term ‘natural wine’ is considered ‘fashionable’, and this has led many people to jump on the bandwagon and hide their laziness behind this term.

Romanee Conti is biodynamically farmed, the same applies for Climens and Pontet-Canet in Bordeaux. I like the wines from Claus Preisinger in Burgenland, from Australia Sorrenberg in Beechworth, Cullen in Margaret River, or Rippon in New Zealand. Zind-Humbrecht in Alsace, Hatzidakis in Santorini. Matassa and Gauby in Roussillon.

There are some amazing wines that are made in the most respectful way to nature, and with the utmost care in the winery; clean, pure and expressive. So, if these are considered Natural wines, then we do list some…

On this note, 67 Pall Mall will be teaming up with Monty Waldin, a leading expert in bio-dynamics. I met Monty on a recent trip to Italy, and we decided to co-host a Masterclass with Biodynamic Wines for our members. We will be exploring the term ‘bio-dynamic’ in the context of wine, and discussing this fashionable term that many wine drinkers question.

Respect, listening to people, listening to wine and absorbing what wine can draw from a conversation. Wine can teach people a few things. Humility is one of them and the other is joy; the joy of being given life, something I believe wine greatly enhances!

Which wine impressed you in the last 12 month and why?

As a Burgundy lover, tasting wine from 7 decades of Rene Engel winery was something very special. The 1989 Grands Echezeaux served from a Magnum was out of this world. The same applies to the 1964 Bartolo Mascarello; this ethereal wine has a lasting grace and a haunting perfume that is unforgettable.

Let´s talk about art and wine. Which artworks you really like within 67 Pall Mall and which wine artwork do you like the most?

I quite like Salvador Dali and the Clocks is my favourite painting of his. Timeless, when we manage to travel in time. To become light.

We have just started collaborating with an art collector who is also a member of the Club, so we will be showcasing their work in the forthcoming weeks.

Back to your roots. What happens in Greece regarding wine at the moment?

It is an incredibly exciting time in Greece.I believe that the collapse of the domestic market (one that the wine industry was highly dependent on) led to the exploration of the global market. Greece is now very much on the international stage, with wineries facing the competition in established markets including USA, Canada, UK and Germany, which are Greece’ main export areas.

This has subsequently led to an increase in quality and the need to explore more of our native ‘gems’; thus being the indigenous grape varieties which have given us the ticket to be established in these markets. Assyrtiko is leading the way, with more to follow.

When you see Jim Barry in Clare Valley and Eben Sadie in Swartland planting grapes in their respective regions of production, this means that is a grape variety of noble characteristics.

I hope that Xinomavro or Agiorghitiko can follow; both having good potential. Crete is very up and coming as well, with some marvellous whites. Keep an eye out…

How to change the perception of Greek wine, which partly have extraordinary qualities, right?

It is true that people are slightly put off when they hear about Hellenic wine. It is the badly established image of the 50s & 60s and the poor offerings in our local tavernas back home that gave the impression that the wine made there was of very poor quality, rustic, old fashioned and outdated.

This was due to various historic reasons, but I think that we can turn the tide by showing the world what we can really do. Santorini is already getting established as a world class wine region with its bone dry and high extract Assyrtikos, and of course the luscious and well balanced Vinsantos of incredible concentration; a style lost in the millennia of winemaking history on the island.

I have seen many people happily surprised when they taste the Nebbiolo-like Xinomavro, or the more mineral version of the Condrieu-like Malagouzia.

It is up to us to show tourists and the rest of the world what wonderful grapes we have. Even Riesling has a bad reputation in UK, due to the bad exports in the 50s-70s. It takes time, but the quality in the glass cannot be hidden.

Last Year Ritchie Hawtin visited the club with his Entersake project. Do you prefer his music or his sake?

Ritchie, apart from being a leading musician and producer, is a Sake aficionado who loved the beverage and wanted to learn more.

What started as a friends and family product ended up being a successful label that brings more fans to the Sake world. I met him in London during his WSET exams for the highest classification you can get in Sake out of Japan, and we were able to taste his Sake together.

I was happily surprised, because he has collaborated with some incredible breweries like Dassai and Matsumoto to name a few.

Could you imagine arranging a complete menu just with sake wines? What would you serve…?

We have done this already! A 4 course dinner with Dassai Sakes.

People think that Sake should be enjoyed only with Japanese food, but that’s wrong. That would be like saying that French wines should be drunk only with French food. Sake works amazing well with many ‘Western’ ingredients; parmesan, tomatoes, caviar and chocolate.

In a recent tasting we did with Caviar and different beverages, Sake topped the charts as our guests’ favourite, together with Champagne. It works amazingly well with milk chocolate due to its lactic acid and amino acids.

This is umami. Umami is sometimes described as “savoriness.” Compared to wine and beer, sake is richer in amino acids and peptides that produce umami, so it works really well with a wide range of ingredients including seafood, beef and desserts.